Last week, I was working on a non-artistic related project and received an email from someone. Before I knew it, I had responded to the email with a teeny-weeny bit of angst. Luckily, I knew the person and they called me immediately, and we had a little chat. I’m generally an easy going guy – extremely actually. I juggle three jobs in my daily life. In my artistic work, I’m often at the helm, directing or producing. So I’m used to pressure, but what I’ve learned that I must deal with – especially over the next few months is creative constipation.

For me, art is a necessity, not a luxury. I’ve heard actors, comedians, writers, etc. say things such as “If I wasn’t doing this [art] than I’d probably be doing something bad.” And honestly I can relate. When I want to get creative, it boils up inside of me and thickens. But if I’m not in a position to release it, it generally doesn’t go away. Instead it festers like a burning sore at the back of my skull.

To make a long story short, I took the rest of the day off and went home writing on a YA idea I’ve had for some time. I didn’t do much actually, maybe a half page. The next day I started to feel better. I cleaned up my schedule, freeing more time; and within a few days, I felt great.  I’ve learned that it’s not the amount of work, it’s the progress of the work. As long as I’m inching along a path, I’m okay. But when the path stops, then I’m not okay. LOL

It’s so odd that these “imaginary concepts” are so powerful as to arrest the soul, but maybe that’s why so many of us write. I hope this is encouraging to anyone who needs it.

Also as a bonus, I’m uploading the first poster for the short film The Messengers – Journey of 403. Enjoy – others will follow soon. 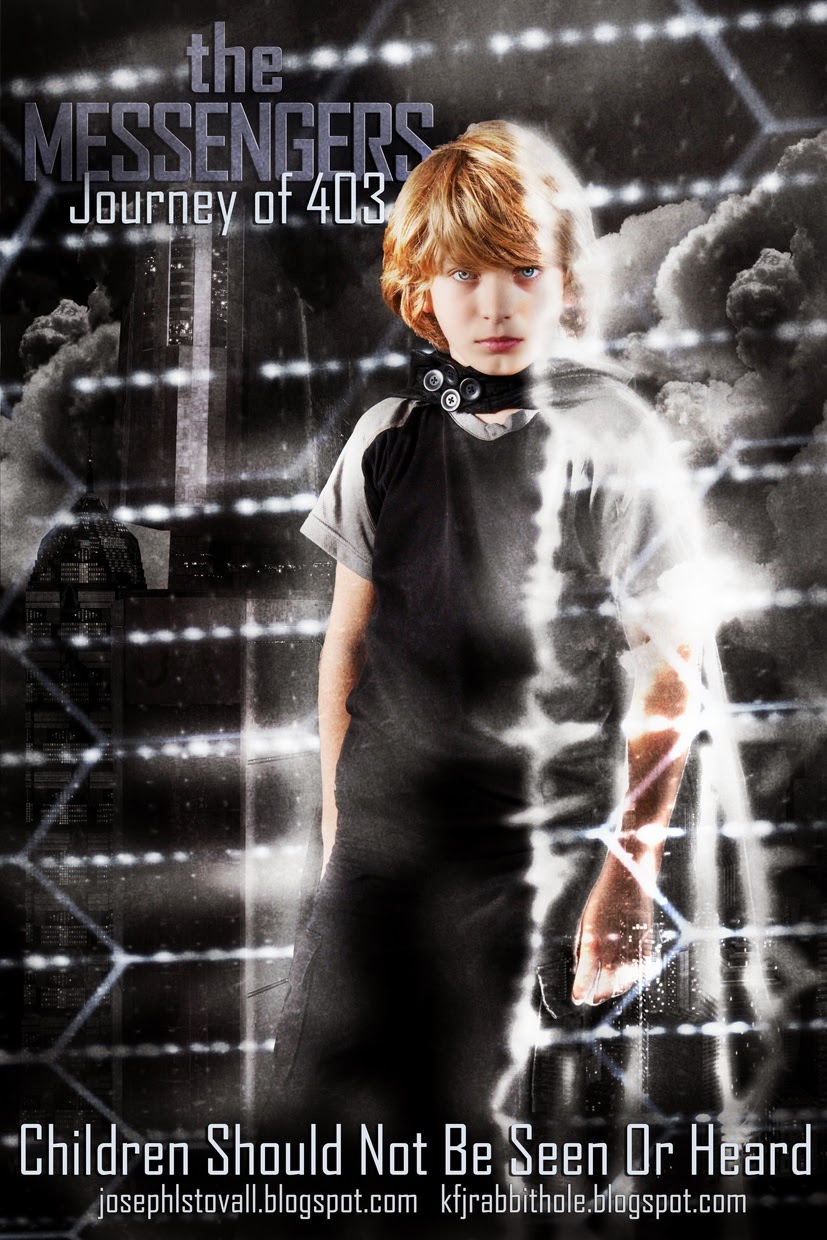 Posted by JLStovall at 8:42 AM No comments: